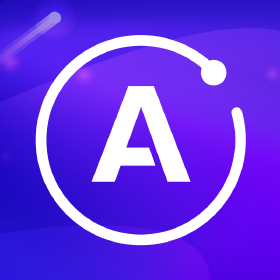 If you have any questions for the blog or you'd like to arrange for a speaking engagement, I'd be happy to meet up and chat Apollo, architecture, TypeScript, or DDD. Feel free to send me an email or ping me on Twitter at @stemmlerjs.

I'm also on LinkedIn and GitHub.

What we do here

The goal of this blog is to:

Now that you're here, you can find a lot of content on:

Who I write for

In 2017, I co-founded (an unsuccessful startup called) Univjobs and learned a lot about making large Node.js codebases scale.

At some point during my work as a consultant and reading as many books on software as I could digest, I came to realize that there were a lot of pitfalls I could have avoided if I knew the patterns and principles to guide me.

I'm currently working on a couple of projects in addition to my work at Apollo.

Boring stuff about me

I hold both a Bachelors Degree in Computer Science from Brock University after a few years of playing with robots, writing LaTex papers, and struggling with math.

I also have a fancy Diploma in Internet Communications Technology from Sheridan College after a few years of learning how to configure what happens after your packets leave your home router.

Fun stuff about me

You must really like me if you've read this far 😇

Here's some of the stuff I love to do outside of development, education, and advocacy.

I'm also a huge music collector and genre-geek. Will happily chat your ear off about the golden eras of post-punk and hip-hop.

I've written a lot of music over the years. In fact, I have about 4 hours of unreleased music from the last 2 years that I'd love to someday find the time to shape into an album (or 3).

When I lived in Ottawa, I used to play drums in a band called grindcore band called Gag Reflex, I performed a lot of solo stuff under Cyanide Canaries, and in 2017- I put out a post-punk album under Debutante.

I've curated a playlist of some of my best work from 2013-2017 called "College Songs" - highly recommend starting here ⭐.

Favourite artists of all time (in no particular order):

Here are two cool playlists I've been crafting for some time on Spotify.

I also noticed that these can only show you 100 songs in the embed, if you're interested- check out all my public playlists here.

I wrote a piece specifically about why I'm drawn to brutalism in art, design, and music. You can read it here.

If you're interested in the tech stacks and tools I use, you can find that out here.

When I'm not coding or reading excellent software books (which I really must compile a list for), I write, longboard, and jog around town 🏃‍.