Design Principles
Last updated Aug 29th, 2019
CQS (Command-Query Separation) is a design principle that states that a method is either a COMMAND that performs an action OR a QUERY that returns data to the caller, but never both.
command query separationobject-oriented programming 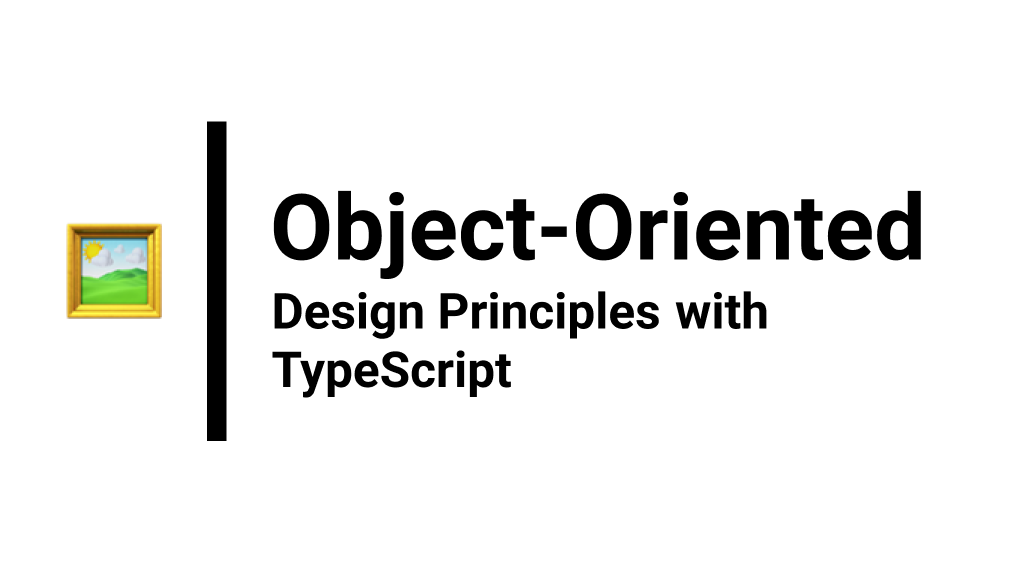 No, I'm not talking about about a certain chemistry teacher turned criminal drug-lord.

It's a pun on the name of a certain German physicist, Werner Karl Heisenberg.

Heisenberg's discovery in particle physics was the uncertainty principle. It stated that "the very act of observing [a particle] alters the position of the particle being observed, making it impossible (in theory) to accurately predict its behavior" 1.

Is it just me or does that remind you of your worst debugging nightmares?

HeisenBUG takes after the uncertainty principle, referring to scenarios where it's incredibly hard to find a bug. It specifically refers to scenarios where the bug seems to disappear or act differently when we make attempts to take a closer look at it.

In programming, unexpected side-effects are largely the cause of such bugs.

If asking a question changes the answer, we're likely to run into problems.

Command-Query Separation (CQS) is a design principle (while not strictly object-oriented) that states that:

a method is either a COMMAND that performs an action OR a QUERY that returns data to the caller, but never both.

In simpler terms, "asking a question shouldn't change the answer".

Why does this matter?

The idea is to separate the code paths for operations that change the system from those that simply request data from the system.

By enforcing this separation, the code becomes simpler to understand. Is this changing something, or just fetching something? When a method does both (changes the state of the application and retrieves data), it becomes a lot harder to understand it's true purpose.

This can lead to really hard to reason about application state.

Imagine we were building a Job Recommendations Service.

Assume we have two API routes:

Consider if everytime I did a GET to /jobs/:jobId, it changed the state of the system by changing what comes back when I do GET to /jobs.

Eventually, as I view more jobs with /jobs/:jobId, I'll see more relevant jobs in my calls to /jobs.

In theory, that's one way to build out job recommendations in our system.

But this type of design makes the /jobs API incredibly inconsistent.

Consider how hard it would be to test and validate it's working properly.

Also, consider the actors in this system are as follows:

Assume that every actor was able to use the /jobs/:jobId API call to retrieve a posting.

Should the system change for every actor that fetches a job posting with /jobs/:jobId?

Of course not, JobSeekers are probably the only group that this should apply against.

This feels really complex because several user groups are reliant on the same resource, but we're trying to apply side-effects for one of them in particular.

You can be sure that using a design like this, there would be a dirty if statement in there somewhere:

Let's be explicit about the COMMANDS, QUERIES, what changes the system, and what retrieves data.

We can improve the design by extracting the side-effect into a COMMAND-like POST call to log the job view separately from retrieving it.

This tremendously simplifies the code paths for both logging a job view and retrieving a particular job.

We can improve the design even further by extracting the functionality to see recommended jobs from within it's own /jobs/recommendations API.

Usage of this API from the UI would mean that everytime we perform a GetJobById QUERY, we accompany that with a LogJobView COMMAND.

This way, we have two separate code paths: one for changing the system and for pulling data out of the system. We can rest safely knowing that if we change anything with regards to QUERY-ing, it won't break anything in regards to how we execute COMMANDs, and vice-versa.

Violation of the principle at the code level

Consider you wrote the following postComment method in a Comment Moderation System.

First of all, take a look at method signature:

The name implies that the operation will be a COMMAND, but it returns a value as well, violating the principle.

Perhaps returning the Comment created can be justified. Assume a CommentService exists, and in order to craft a Slack channel message notifying us of a new comment, we needed the commentId of the newly created Comment returned from the CommentRepo's postComment method.

What's wrong with this code?

In addition to switching to creating the entire Comment domain model from within the Domain Layer (using Value Objects and Entities containing the UUID identifier), we can segregate the COMMAND from the QUERY aspect of the postComment method by introducing a new method, getComment.

And now, from CommentService, we should be able to send the Slack message without relying on the return value from a COMMAND.

Let's see how well I explained that.

Which of these are valid COMMANDs?

Which of these are valid QUERIES?

Create Read Update and Delete (CRUD) is often how we think about designing trivial MVC applications. Each operation in CRUD perfectly fits the definition of either a COMMAND or a QUERY.

CQS also syncs up with the principles of RESTful HTTP. An HTTP method is also either a COMMAND or a QUERY.

In times where it may be challenging to think about the behaviour of a particular RESTful API route, think back to the CQS principle.

Nearly every operation we do in SQL is a COMMAND and only one operation is a QUERY. I'm sure you can guess which one (hint: it rhymes with "REFLECT").

Projects beyond simple MVC are centered around the use cases of the application. These are the features for an individual group of people/Actors.

Every use case is strictly a command or a query.

In a Blog subdomain,

In Domain-Driven Design, it makes sense to separate the READ models from the WRITE models. WRITEs usually take a little bit more time to finish executing because a WRITE to an aggregate requires the aggregate to be fully-constituted and contain everything within it's consistency boundary in order to enforce invariants.

Using the same READ model as a WRITE model can be expensive as we've explored in this article.

If you're doing Domain-Driven Design, it will likely be hard for you to avoid it.

Submit
Bohdan
a year ago

Thanks for such cool article!!

One question related to this topic and talking between services. For example I have 2 services 1 service to work with http protocol and another one for working with web sockets. If I have some domain entity changed on http service I am using redis pub/sub to notify about it the second service. Second service have to received it and run some use case.

When I receive the id of changed entity, should I recreate full domain object and use domain events to run use case, or should I run use case directly from pub/sub redis service?

Thanks for the article! I just missed some examples of implementation of read and write models. Doesn't make it confusing to have different models to represent the same data?

I didn't know this concept, it's really makes sense.

I didn't understand from where you got comment.id on commentService.ts, on fixed version. You create a new comment and persist without retrieve created object. How you will use CommentRepo.getComment method if you don't get id after persiste?

This is one of the most clarifying articles I´ve read about CQS and CQRS. Thank you so much <3

Maintain a Single Layer of Abstraction at a Time | Object-Oriented Design Principles w/ TypeScriptDesign Principles
leaky abstractionabstraction layerobject-oriented programming
The more complex your system gets, the more we need to lean on the correct abstractions to keep things maintainable. This principl...

When to Use Mocks: Use Case TestsTest-Driven Development
use casestest-driven developmentoutside-in tddinside-out tddmocking
Mocking gets a pretty bad rap. However, if you're building an application using object-oriented programming and you're making use ...